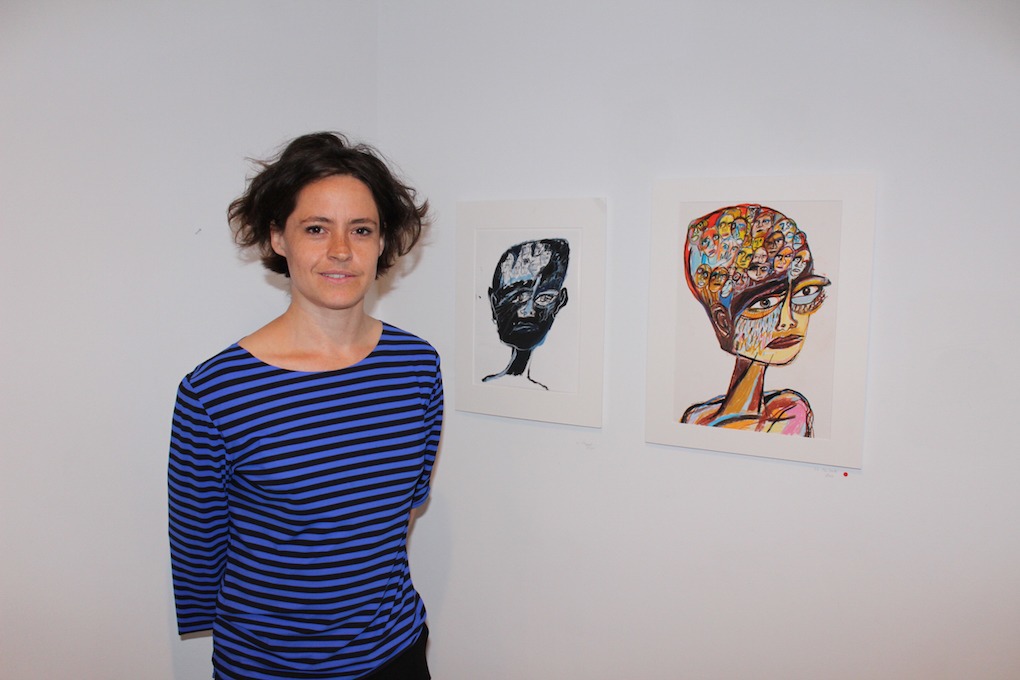 Sarah Jonker’s artwork and acting are known across her home in The Netherlands and Europe, her first New York City show fit right into Bushwick’s artsy vibe.

On the basement level of The Rack Shack, one of the highest Google reviewed lingerie shops in Brooklyn, Jonker’s exhibition The Monkey’s on The Table payed homage to abstractions of the body and mind.

The small vacant room below the Central Avenue shop was turned into what Jonker called “a dark place” with sketches and paintings.

“Its surreal in a way, where it has this spontaneous thing and it’s a fantasy world. It’s not based on real situations,” Jonker said about her work. “It’s hard for me to classify the things I do.”

The Monkey’s on The Table is the first event in a series of fourperformances and exhibitions by other Dutch artists at the Rack Shack. The series is a collaboration with Cola Connection, a production company that aims to promote Dutch performances and art in New York City.

Jonker explained that the exhibition’s title comes from the classic nursery rhyme Pop goes the Weasel’s second verse. The line reads, “Every Night the lights go out, The Monkey’s on The Table,” and it complemented Jonker’s themes of dealing with racing thoughts.

“Sometimes I’m a bit overwhelmed by the input we have each day with people sharing their images and opinions on Instagram and Facebook,” Jonker said.

Her depictions of smaller heads inside of a single portrait in a surreal form was representative of non-stop exposure to constant information. Over exposure to social media and feeling overpowered by information is a cross cultural concept, and it made Jonker’s work relatable to New York audiences.

One of her images, titled Miguel, captures a childhood friend who she recalls having strong reservations about the Dutch Christmas traditions of Black Peter, the fabled servant of Sinterklaas who has a blackened face.

In her piece, she drew a dark colored face with a mind filled with smaller abstract faces. It was meant to bring out the conflicting ideas behind the racially charged character that has even sparked protests in the Netherlands due to claims of blackface.

“There’s so many means to transmitting emotions and sometimes that means just doing something abstract with tape, but for here I decided to do drawings,” Jonker said.

Some of the pieces are made intentionally for The Rack Shack and were made up of abstract depictions of nude women. Other pieces were just the outcome of Jonker’s creative process.

“I have no clear idea on what I’m going to do sometimes,” Jonker said. “Maybe just start with some colors, lines, dots and sometimes it evolves.”