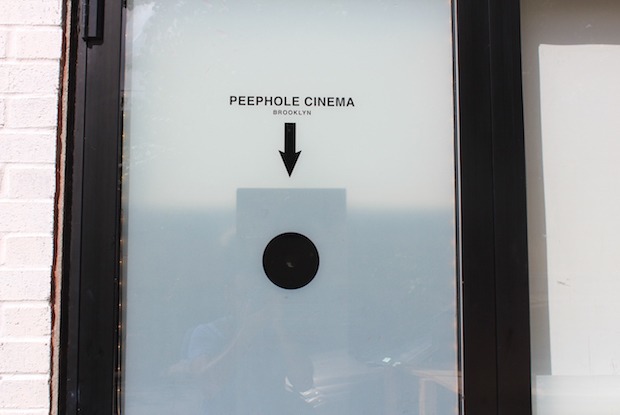 Peephole Cinema is a small, unconventional theater on Wilson Avenue that aims to show a number of short films, especially those by Brooklyn based filmmakers.

Their new program, Relocated, is set to open this Friday, July 27 at 7 p.m. According to the cinema website, the new program is about “filmmakers who transform time, space & re-materialize the body.”

The three featured artists this week will be, Sam Cannon, Carrie Hawks and Martina Mengon.

Since 2013, Peephole Cinema has featured filmmakers and their short experimental projects in various parts of the U.S. such as San Francisco and Los Angeles.

Laurie O’Brien, the founder of the eyehole sized cinematic center, based her spots in pedestrian neighborhoods in hopes of promoting more experimental films. O’brien brings back an hold 1894 kinetoscope — one of the first moving images in a box that could be viewed through a tiny opening — and develops a modern day twist.

The program prior to Relocated, Magic Revealed, showcased experimental short films by creators Anna Vasof and Shimbe Shim. The show is a blended mix of mechanics and flesh with a hint of innocence. A series of gears being broken apart to consecutive shots of elusive people on sing sets makes the surreal become hyperreal.