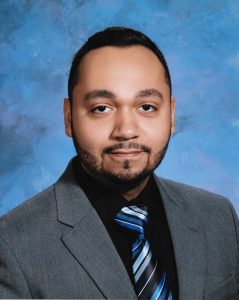 Welcome to my Portfolio.

My name is Anthony Luis Medina.

I’m a Journalist from Queens, New York, with work featured in the Queens Chronicle, Bushwick Daily and The Wave. I have a great passion for the art of storytelling.

In the pursuit of a Bachelor’s Degree in Journalism at York College of the City University of New York, I’ve experienced the hardships of tight assignment deadlines and the benefits of informing people through reporting. My overall focus is to write informative feature news articles and help manage the day-to-day tasks of staying connected to the latest events through social media.

My time spent as the online editor for the York College Student Newspaper allowed me to expand my journalistic skills in Adobe Photoshop, Indesign, Story, and WordPress. Responsibilities also included posting and sharing content on various social media accounts including Twitter and Snapchat.

When I took the position of editor-in-chief of Pandora’s Box, I helped organize, edit and maintain the monthly newspaper. In the span of two years, I hired an entirely new staff to fill vacant editor positions, expanded the our readership by connecting the paper with Dateline CUNY and received recognition in the York College Research Day 2018. Tough decisions that come with an EIC job were made and I learned the best way to respond to difficult office situations alongside colleagues I would gladly follow as they progress in their career.

I also worked in consumer retail jobs requiring heavy customer service skills in fast paced environments. In my time as an sales associate, I’d often be called into resolve conflicts and accomplish tasks outside of standard job requirements. Answering phone calls, receiving shipment orders, loss prevention duties, and raising store purchase quotas were a part of my daily tasks at work. What I want to do and what needed to be done often caused conflict in my career but I always to write on my spare time.

In between reporting on events in the Queens area, and creating online news projects, I’ve concentrated in communications technology, specifically for website design and studio television production. Having skills in the television studio and multiple photo courses also expanded skills in Photojournalism. In 2018, my documentary Aspiring to Act was nominated for best Undergrad documentary in the CUNY Film Festival.

In my years of reporting, I’ve honed my skills for seeking the truth ethically, and being open to all forms of storytelling. Being a part of the fast paced and important world of journalism helps position myself in this often menacing world as someone with a good head on their shoulders and a passion for the truth.