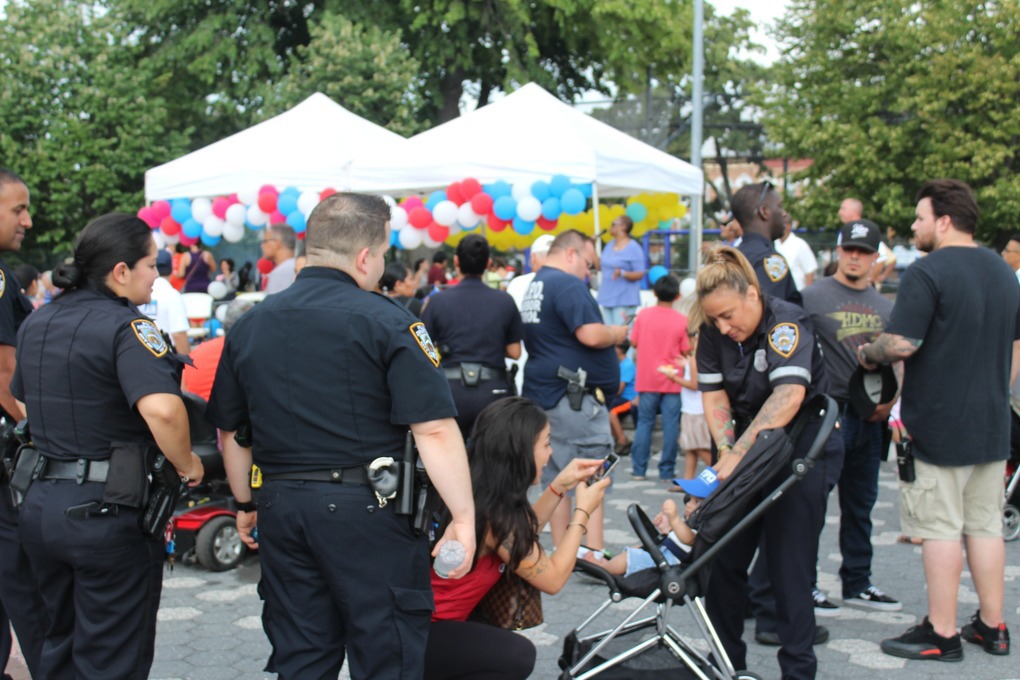 National Night Out Against Crime was created to bring police and the community to be held every first Tuesday in August. Each year, honorees are chosen for their unique achievements and efforts to help their neighborhood.

The Serrano sisters said they typically frequent the area around Maria Hernandez Park to exercise and felt safe with the 83rd precinct’s presence. Amanda Serrano said she provided exclusive tickets to residents interested in seeing her fight at the Barclays on Saturday, September 8.

“My message to the NRA is this…I stand with law enforcement officers, I stand with my community and the children of our community,” said Velazquez. “We must ban assault weapons and we must pass common sense legislation that will protect our children, families and our police officers.”

Deputy Inspector Sergio Centa along with NCO supervisor Sgt. Anna Serrano received special recognition from city offices in Brooklyn for their work bringing the community together and keeping the public safe from harm.

Sgt. Serrano worked for the 83rd precinct for 23 years as well as coordinating the neighborhood policing efforts by the city for a little over a year.

Food, beverages and entertainment were provided throughout the event– until a thunderstorm came ended the event early. Parents and children were seen leaving their strollers, bikes and skateboards behind while they fled to nearby tarps.

The next community council meeting will be held on Tuesday, September 18 at the 83rd precinct on 480 Knickerbocker Ave, according to Smith.

All photos courtesy of Anthony Medina