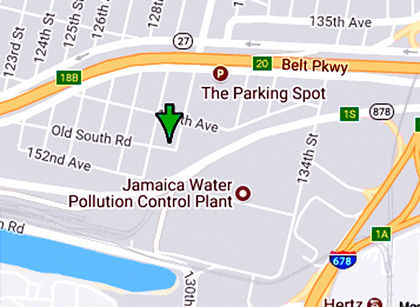 Queens Village resident Jairam Ali Suarez, 26, was sentenced to 45 years to life in prison on Monday for shooting two men — killing one and wounding the other — in a 2015 drug deal gone wrong.

“There is no place in a civilized society for violence and senseless killing,” said Brown. “A jury weighed the evidence and found the defendant guilty of committing a cruel and callous act motivated by greed.”

The incident took place in a car in front of a house at 150-22 130 St. in South Ozone Park. The killer was planning to rob a pound of pot, prosecutors said, though the victims in the vehicle thought that he was going to buy it.

Suarez entered the car through the rear passenger door and took out a gun, according to the District Attorney’s Office.

He shot Ridgewood resident William Aponte, 21, who was sitting in the back of the vehicle, once in the upper right leg.

Aponte was treated for his injuries and survived.

But the driver of the car, 19-year-old John Picardo, did not live — Suarez fatally shot him in the head before fleeing the scene.