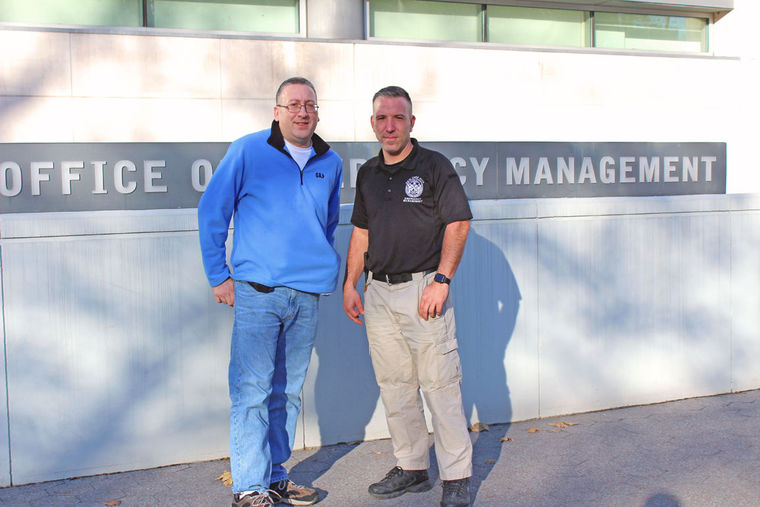 Anthony Forchelli suffered a severe heart attack on Oct. 19 in Long Island City while walking to his car at 45th Avenue and 21st Street, around 2 p.m.

Forchelli had left his office at a corporate food service unusually early and darted to his car. That’s when he collapsed face-first onto the pavement. Blood poured from his face and nearby citizens called an ambulance.

“I don’t remember going to work, leaving work or even walking to my car that day,” Forchelli said.

Fortunately, Brett Asher, a citywide interagency coordinator for New York City Emergency Management, had finished dropping off a co-worker using the Waze navigation app that Thursday afternoon. He stopped his car after seeing Forchelli in the street.

“When I turned him over I knew it was something more than a seizure but I wasn’t sure. So I called watch command and told them to rush the bus,” said Asher. “And when I did that, he stopped breathing. I noticed his face go real gray and lose color real quick, in a matter of seconds.”

Asher worked as a firefighter and Emergency Medical Services worker prior to joining NYC Emergency Management, formerly the Office of Emergency Management. He said he utilized the CPR mask in the first aid kit in his vehicle to help Forchelli breathe. He administered chest compressions until EMS workers arrived about a minute later.

He said the situation could have ended a lot worse if not for the efforts of the EMS workers, doctors, bystanders and the team of workers at the NYCEM watch command.

“In the back of the ambulance they hooked up their defibrillator and they gave him a total of five to six shocks in the ambulance and even more in the hospital,” Asher recalled.

Forchelli was sent to NYC Health + Hospitals/Elmhurst after EMS workers evaluated the situation and knew the best way to save his life would be at the hospital’s cardiac care center. Ten doctors and nurses worked on Forchelli, putting breathing tubes and needles into his body, Asher said.

For five days Forchelli was in a coma and had no knowledge as to what had happened to him. Family and friends all gathered in his hospital room, according to Asher, who visited him about three out of the five days.

One of the many concerns expressed by doctors at the time was the risk of brain injuries due to Forchelli’s time without oxygen. He was released after being in the hospital for about three weeks recovering and receiving medical treatment.

“I’ve done CPR over the years on a countless amount of people and it rarely ever turns out like this,” said Asher. “Maybe three other times, but when you work in the field as a firefighter and EMS we’ve heard someone come out of [a coma], but nothing like this.”

Forchelli and the hospital both credited Asher with saving his life. The opportunity to be with family and friends in the holiday season was a great relief for Forchelli. Now he plans to change his diet and smoking habits to live a healthier lifestyle.

“I could have been in my office all alone during that time,” said Forchelli. “There were so many things that could have taken us on different paths and for it to have worked out the way it worked out was really something.”