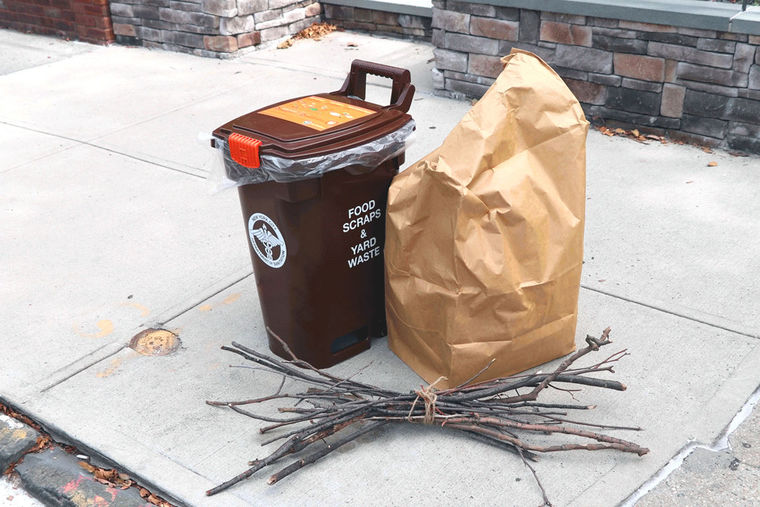 Queens residents in single-family homes across a handful of neighborhoods will receive “organics” composting bins by the end of October, according to the Department of Sanitation.

The program is being launched in community districts 6 and 7. Districts 2, 9, and 14 are then expected to receive their bins later in October.

The small brown bins used to recycle organic materials are placed in residential buildings with no mandatory participation.

The program covers homes not exceeding nine persons in Flushing, College Point, Whitestone, Jamaica Estates, Hollis Hills, Hillcrest, Fresh Meadows, Utopia and Pomonok. Homeowners who fit the requirements will be eligible to receive a brown bin along with instructional packages.

Along with single-family homes, multiple-family dwellings and apartment complexes are eligible to receive composting bins as long as the building’s manager or landlord registers the building with Sanitation.

“Organic material – food scraps, food-soiled paper and yard waste – make up about a third of what we throw away, but it’s not trash,” said DSNY Commissioner Kathryn Garcia in a prepared statement. “Putting your food scraps and yard waste to good use decreases the amount of garbage going to landfills and helps create a greener and healthier New York City.”

Residents use two different bins when they compost. One smaller tan-colored bin goes in the kitchen and a larger brown bin is left outdoors. The indoor can uses smaller compostable bags, newspaper or brown paper bags for lining that can be found at hardware and grocery stores. The curb-side brown bins can only be lined with bags holding the BPI-USCC logo. DSNY suggests lining each container but it isn’t necessary.

When it comes to composting large amounts of wood, Queens residents are asked to not do so, as it could attract troublesome Asian long-horned beetles.

The critters are known to cause trees to become unstable, as they destroy the inside of them when they nest. This becomes a safety issue for residents with larger trees around their homes.

“The beetle presents a serious threat to the trees of New York City and has also infested parts of Long Island, Chicago, Ohio, Massachusetts, and New Jersey,” the Parks Department website reads.

Community Board 7 Chairman Gene Kelty believes the effort from the DSNY is admirable, but doesn’t find composting effective in multiple dwellings.

“I don’t see this moving forward,” said Kelty. “They never cared to tell us when they were going to put the bins out. There are lots of high-rise buildings in my community and it just adds another burden to the janitors and landowners. I’d give it a try but it doesn’t seem possible.”

Kelty extended his concern over how the city manages the plastic and bottle recycling program. He suggested reusing recycled materials to manufacture other goods like cups, paper and bottles.

Informational packets detailing how to compost were mailed throughout multiple Queens communities, but they did not provide instructions for multiple-family homes. Tenants can receive a special brochure detailing composting procedures if their building is registered with DSNY.

“The easy part of this is the yard waste and the leaves,” said Community Board 5 District Manager Gary Giordano, who utilizes composting bins at his home.

What brought concern to Giordano was not having enough open communications on the benefits of organic composting by the Sanitation Department.

While community boards responded on behalf of their experiences and community reactions, Ridgewood Property Owners Civic Association President Paul Kerzner spoke on behalf of many residents living in multiple-family dwellings in an interview last week.

Kerzner participates in composting by using organic waste materials in his own backyard. One of the issues he mentioned included residents not being able to see their composting work being utilized.

What Kerzner wants to see is composting spread to all city residents in an effective manner, focusing on all variations of recycling efforts to single-family home owners. Making sure the standard recycling programs are enforced could potentially spread the motive to use alternative recycling like composting, he said.

DSNY plans on providing all city residents with organic composting bins by the end of 2018.