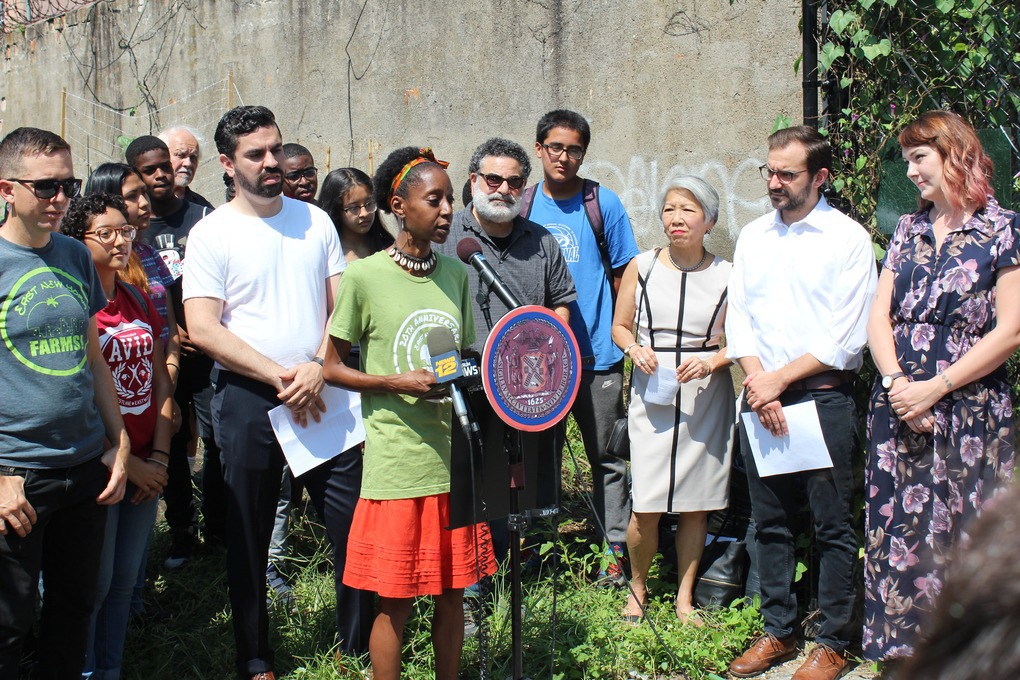 The new joint legislation would insure the Department of City Parks reports on community garden food processing and agriculture. It would also help protect garden coordinators and extend the period before a garden’s licence could be provoked.

In his efforts to create the legislation package for NYC gardens, Espinal worked with Colombia Graduate students to outline “the impact of various sectors of urban agriculture and what needs to be done to support them.” Espinal said the work with the students and neighboring gardens would provide the city with enough information to move forward.

“We spent the entire year with Columbia University graduate students outlining the impact of the various sectors in the urban agriculture and what needs to be done to support them,” said Espinal. “We are re-introducing legislation that would require the city to create a comprehensive urban ag plan and telling the administration that the plan that we worked on for the past year is all they need to adopt a comprehensive plan for the city of New York.”

Espinal has worked with city officials in the past to push for the NYC Urban Agriculture website that teaches city residents about community gardens. The website launched July 1st, and will be reviewed for its effectiveness January of next year. 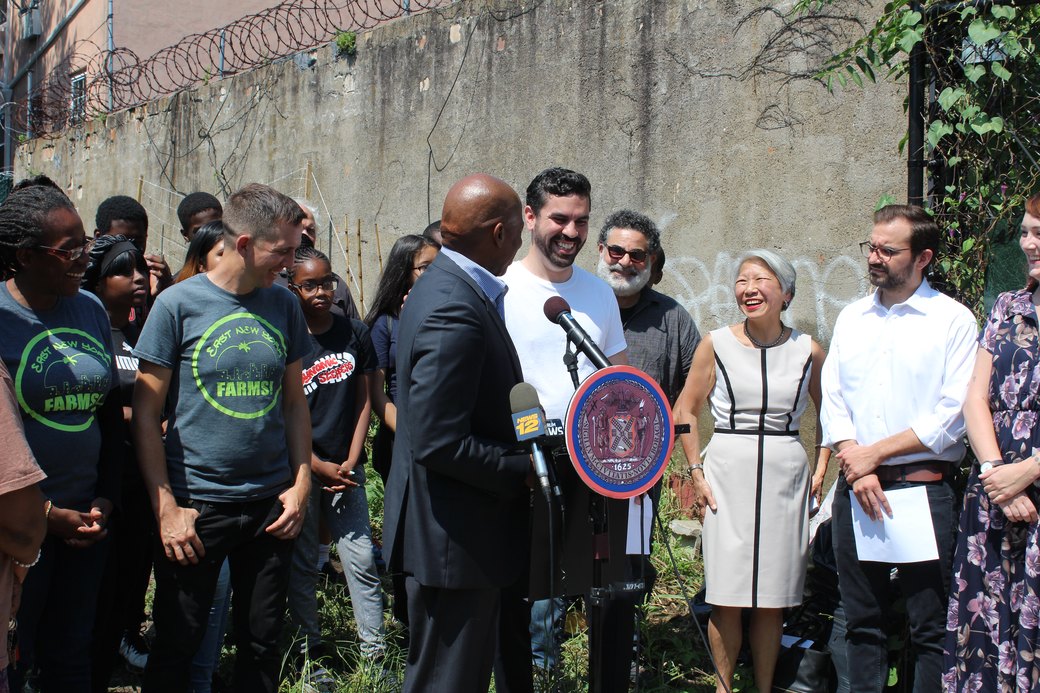 Adams addresses Espinal’s appearance saying he’s suited for the farmer job – making a strong one-liner about Espinal’s choice of a casual look that made everyone laugh.

“We have a long way to go, but working in partnership with Council Member Espinal and our vibrant community of local farmers and gardeners, I am positive we can achieve the coal of an urban agriculture revolution in our city,” said Adams.

He said that he’s seen growing support for community gardens and tech driven ideas like hydroponic and vertical farming across the city.

“We have potential to revolutionize our city’s food system and turn a page on protecting our health and environment while bolstering our economy,” said Adams.

The Borough President’s connection to community gardens is also personal due to his efforts to successfully reverse his diabetes with a healthier diet.

“If they build it, grow it, they will eat it,” said Adams. “We will stop seeing the plethora of diseases that come from lack of proper nutrition particular in communities like East New York and Brownsville where surrounding the housing stock is junk food yet in affluent communities, they have Whole Foods.”

Lyeta Herb, the president and coordinator of Astrid Street Garden, thanked Espinal for his efforts to support the green thumb lifestyle. Despite the legislation, Herb still has to face budget cuts and city bureaucracy.

“We used to get a lot of funding from NYC and they took away funding about two years ago,” said Herb. “We can’t call Green Thumb and say hey we need this and need that. It’s not as easy anymore.”