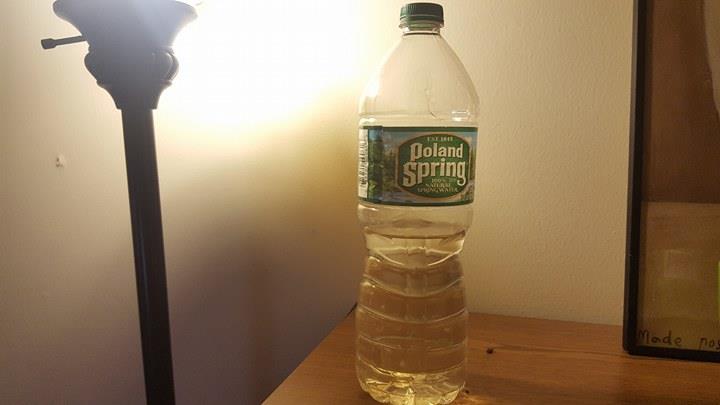 Concerns over the quality of water at Academic Core building water fountains can be laid to rest, according to James Minto, the executive director of Facilities Planning & Operations.

The attention to water quality began when Rachelle Antoine, the student government president, presented fountain water from the A.C. building in an empty water bottle to the York Senate in November. The water was a light brown almost resembling tea. She wanted to know if the discoloration was representative of the quality of drinking water.

Minto addressed the issues in the following senate meeting on Dec. 6 by revealing the results from the latest water testing.

“The results that came back indicated that our water was well within the thresholds in the Department of Health,” said Minto.

Minto also explained the discoloring of the water as a byproduct of old piping in the building.

“The existing piping for the water system is a galvanized steel,” he said. “That was the piping that was built with the building. Newer buildings have copper piping. When the water gets stagnant, which means it doesn’t move, you get the sediment from the galvanized steel more so than you will get from copper.”

One of the major issues with galvanized steel when used to transport water is its aggressive corrosion. Years of useage would create leakage of iron and zinc called “metal leaching.”

Buildings and Grounds maintains the facilities at York and all custodians were advised to run each water fountain for 2-3 minutes a day to let any stagnant water drain off. Plumbers are also tasked with flushing the main water filter in base floor of the AC building and changing individual filters at water fountains.

“For the drinking water, the advice from the city of New York, is run the water for 2-3 minutes before drinking the water. That’s just a general practice even recommended for your home,” said Minto.

A semi-annual testing of the water is being implemented due to the growing concerns about water quality.

“As you utilize the water, fill your cup fill your thermos, it keeps the water going. In the event you have a low student population, winter and summer break, you won’t have a lot of people using the water. We still flush it and we still run it,” Minto said.

Awareness about running water before drinking it is also encouraged by Ching-See Chan, director of Environmental Health and Safety at York. Signs are being posted above all of the water fountains on campus to help bring awareness to water safety practices.

“After 2011 the city started testing services inside of all New York buildings,” said Chan. “For anyone, If they want to drink tap water, you need to run it.”